In This Article: Passover Message, Plan A Passover, Passover Links

Thoughts on Passover from Rev. Huckel 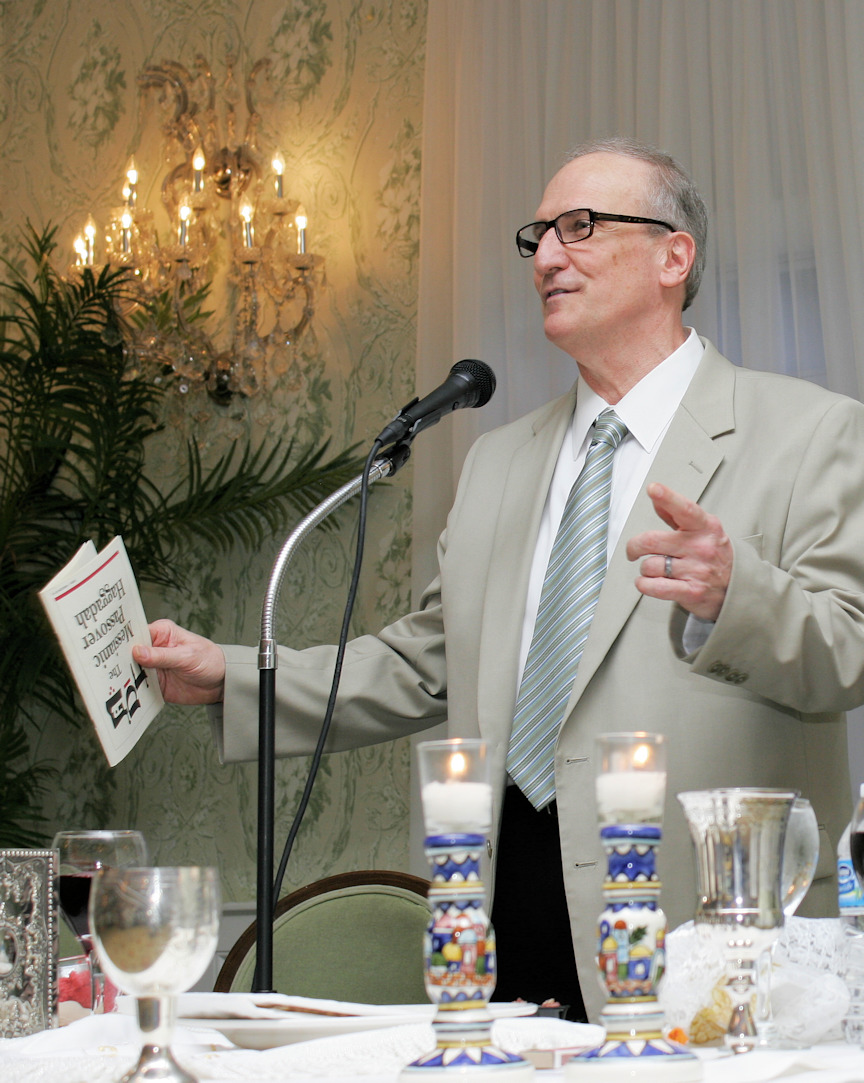 Every time the celebration of the Passover occurs it always reminds me of the words that John the Baptist chose to use to introduce the Messiah to Israel: ". . .behold the Lamb of God" (John 1:36). There are some fascinating comparisons that exist between the type and manner of lamb used to provide redemption for the Israelites from the land of Egypt and the lamb of God used to provide redemption for sin for all mankind.
The type of lamb slain by the Israelites in Egypt was a male in its prime (1st yr.) (Ex 12:5) - the Son of Man likewise died in the prime of his manhood (Mt 16:13, Lk 3:23). The Passover lamb was brought in on the 10th day of the month Nisan (Ex 12:3) and Messiah was presented to Israel as He rode into Jerusalem on Palm Sunday on the 10th of Nisan. From the 10th to the 14th the lamb was to be inspected for any blemishes or spots (Ex 12:5) and Messiah's credentials were examined during that interval and He was declared to be without fault (John 18:38, 19:4, 19:6) or as Peter writes that He was brought as it were a lamb without blemish or spot (1Pet 1:18-19). The Passover lamb was to be killed on the 14th of Nisan literally "between evenings" (Ex 12:6) and according to the Jewish historian Josephus, that time was somewhere between approximately 12 noon and 2pm ("The Wars of the Jews," Book 6, Chap 9, Sec 3). The hours of 12pm to 3pm were the darkest hours of Messiah's agony (Mt 27:45). Without any explanation "why?" the Jewish people in Egypt were instructed not to break any of the lamb's bones (Ex 12:46). John's gospel indicates that the reason the Passover lamb's bones were not broken was to prefigure Messiah's sacrifice which was offered without a bone of his body being broken (John 19:36). 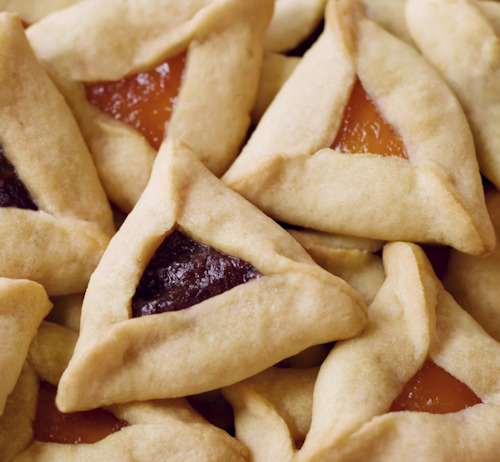 Purim is not considered a major feast since it was instituted after God gave The Law to Moses. This is also true of Hanukkah. But Purim is the only Jewish Feast that is drawn from an entire book of the traditional Christian canon (the book of Esther). The story of Esther, her righteous Uncle Mordecai, and the villainous Hamen, has captivated people's imaginations for as long as the Jewish people have been celebrating this joyful feast.

Purim is an unusual Jewish feast due to the inherent irony and humor in the story. While all Judaic observances of Purim are joyful, some groups take the command to a celebratory mood to extremes completely out of character for any other religious event in Jewish life. Children's plays and humorous skits, wearing costumes and masks, the "telling of the whole Megillah," the use of raucus noise makers called "groggers" and a delicious triangular pastry called "Hamantashen" (Haman's hats) are all a part of the joyful festivities. Many in Judaism see these unusual measures as in keeping with the "topsy turvy" theme of the Purim story.

The celebration known as Purim (which literally means, “Lots”) from the book of Esther is a sarcastic reminder of the folly of a Persian prince named Haman who made a very serious error in judgment when he tried to eradicate Esther’s uncle (Mordecai the Jew) and all the Jewish people living in Persia during their first dispersion. The manner in which Haman decided the "BEST" day to slay the Jewish people was determined through casting “pur” (an ancient form of dice). It's the irony of Haman being hung on the very gallows that he built to hang Mordecai the Jew which is being mocked by naming the festival after the instruments (i.e. the “Purim”) Haman used to select the perfect day.